Speaking with the Solothurner Zeitung, Prof. Klumpner discussed the potential of the whole of the Swiss Mittelland, with a focus on the Gäu region as a case study. Putting in the context of other European examples, Prof. Klumpner notes:

'The British Midlands or parts of the Po Valley are certainly comparable areas with similar areas of tension. And there are also parallels to the Ruhr area. The whole area there is actually one big city. We have Dortmund, Duisburg and Essen there; all cities with their own identity and their own football clubs. This is comparable to the Egerkingen-Niederbipp region on a different scale: the region should see itself much more as a network, as a single conurbation. That's not the case yet. But it would be a great opportunity. You could be a role model worldwide. In what way? Outside of Europe there are many suburbs of huge cities where one has neither the advantages of the city nor the advantages of the country. There are neither inner cities with pedestrian zones nor the advantages of the countryside such as clean air or unspoilt nature. Switzerland has managed to find the advantages of the rural and the urban in one place. This is not so easy. This is certainly also due to the culture of consensus and the resistance to extreme projects. In many other countries this could be of interest.'

To read the full article (Germany only / Paywall), follow this link: https://www.solothurnerzeitung.ch/solothurn/kanton-solothurn/interview-eth-professor-sieht-grosses-potenzial-im-gaeu-eigentlich-muesste-hier-goldgraeberstimmung-herrschen-ld.2254206?reduced=true 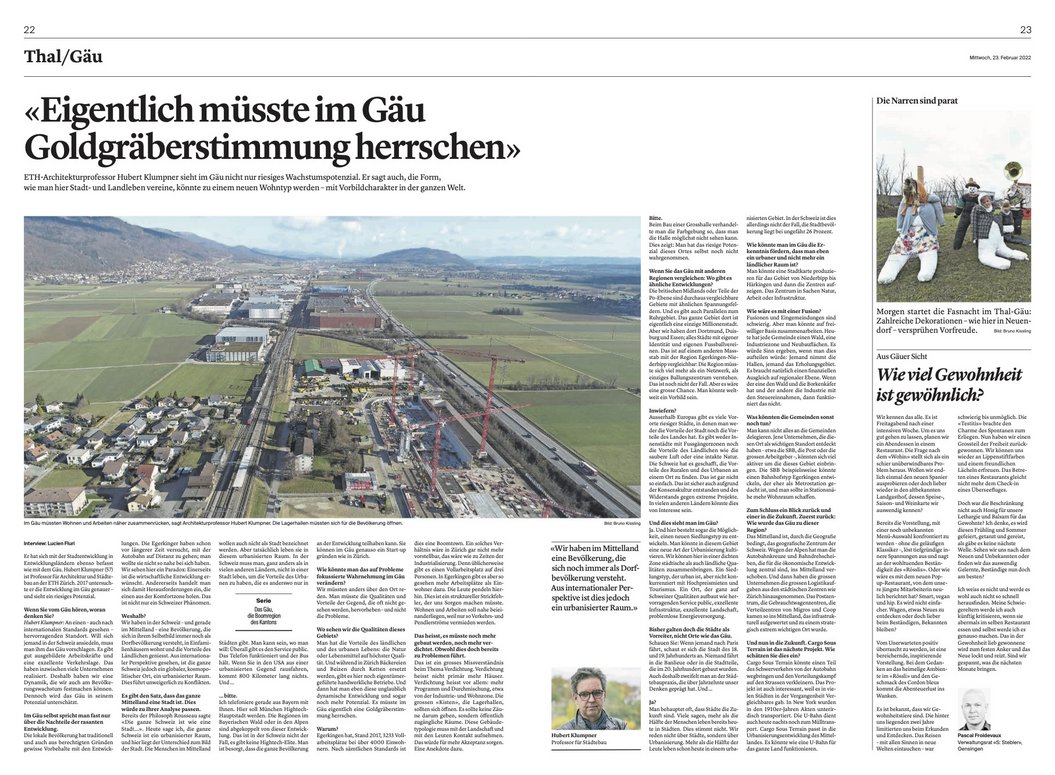