ABOUT THE DOCTORAL THESIS: A lighting technology, design and policy solution for Bogotá’s informal settlements will be presented that is based on an ethnographic night-time study, laboratory measurements, a luminaire prototype development and computer calculations. Moreover, the transferability of this new lighting approach to informal settlements in other countries will be explored.

ABOUT THE AUTHOR: David M. Kretzer received an MSc degree in Light and Lighting from The Bartlett (University College London) in 2009. Subsequently he worked as a luminaire product manager in Austria, as a lighting designer and lecturer in China, and again as a luminaire product manager in Switzerland until 2017. David began in 2017 a PhD at ETH Zurich (supervised by Prof. Hubert Klumpner), where he investigated public lighting in informal settlements. He defended successfully his doctoral thesis in January 2021. 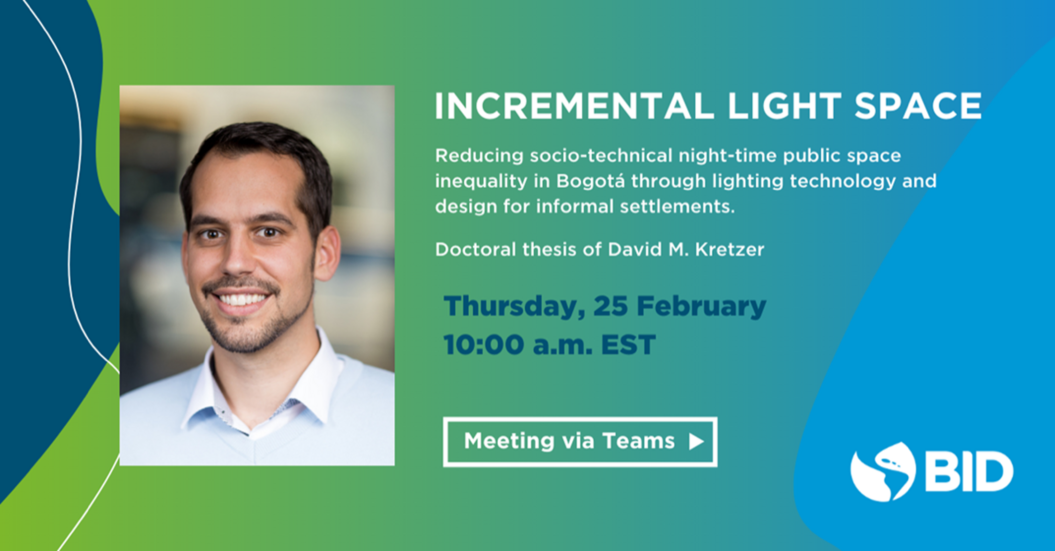