Klearjos is a filmmaker and researcher born in Mexico City and raised in Chile and the United States. He holds degrees in Philosophy and English Literature (BA 1st Class, University of Sussex), Sociology (MSc Distinction, London School of Economics and Political Science) and has studied filmmaking in Denmark (Diploma, European Film College). He specialises in urban and sensory ethnographic filmmaking.

His film works include ‘The Seven Sisters Indoor Market’ (2016, with Marios Kleftakis), 'The Disappearance of Robin Hood' (2018, with Urban-Think Tank) and 'Not Just Roads' (2020, with Nitin Bathla), the latter of which won the Society of Architectural Historians' (SAH) 2022 Film and Video Award.

Since 2017 (and with Michael Walczak since 2019), he teaches the Elective course, 'ACTION! On the Real City', and has supervised over 100 student films that explore urban space on a variety of scales and conceptual registers. Besides filmmaking and teaching, Klearjos is involved in publications, exhibitions and communications at the Chair. 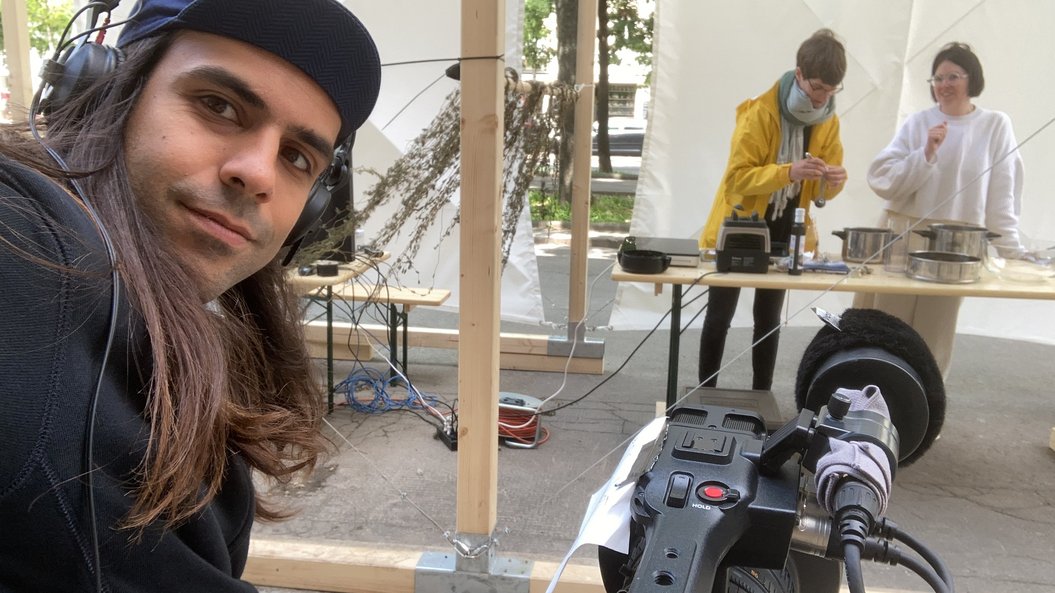